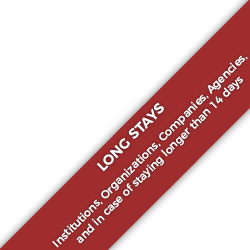 Walking distance from bus stops, tram and at short distance from the subway, the apartments are just 10 minutes away from Termini Station, hub of public transportation in Rome located in a strategic position making it easy to reach the historic center and the monumental areas of the city.

Around us: supermarkets, restaurants, bars, pizzeria, post office, pharmacy, bank, gas station, and a gym with a swimming pool.

Although as Holiday homes we would not be obligated to provide reception and concierge services, our staff is usually on hand to welcome you with tourist information, tips on how to move around Rome, printing and photocopying services Monday to Friday from 9:00 to 19:00. Saturday from 9:00 to 14:00. We speak your language!

Up to 4 days stay, only the final cleaning is included in the price. For stays over  4 days, a weekly tidying of the apartment with complete change of all bed linen and bathroom towels will be arranged. If needed and upon request, our staff will be available for the change of linen and/or cleaning charged as an extra. 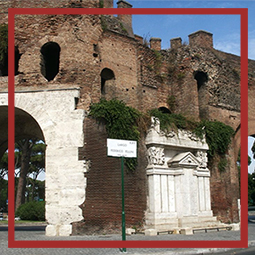 The original walls were built in the VI century B.C.

Later in the III century A.C. , Emperor Aurelian – in order to defend the city from the attack of the Barbarians – continued the construction of the ancient walls. Of  the original 19km walls, today 12.5 Km are still retained. 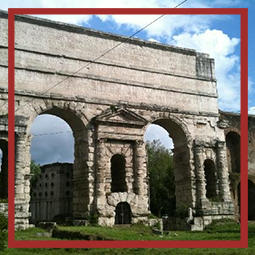 Built in the I century A.C. as a monumental arch, at the point of convergence of eight of the eleven aqueducts of the city of Rome, Porta Maggiore was later incorporated by the Aurelian walls.

Today it is still perfectly preserved in its ancient magnificence.

The Basilica of Santa Croce in Gerusalemme dates back to the IV century A.C,. and it is one of the famous “Seven Pilgram Churches of Rome”.  Walking distance from Piazza di Porta Maggiore, the present Church is in Baroque style and it preserves some of the most important relics of the Passion of Christ: fragments of the Cross and of the crown of thorns , a sacred nail and the titulus crucis. 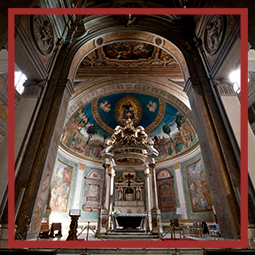 It is the first of the four papal Basilicas and the oldest and most important of the Western Churches.

The first Basilica dates back to the IV century A.C. .

Built and restored several times, the last being in the XIX century, San Giovanni in Laterano is the Cathedral of the Diocese of Rome. Its large complex also includes a magnificent V Century Baptistery and the Scala Santa. 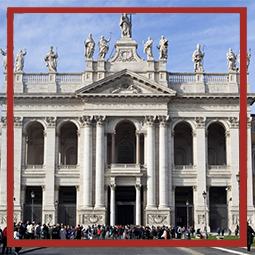 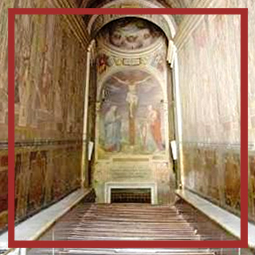 According to tradition, Jesus climbed the 28 marble steps of the Scala Santa to be in the presence of Ponzio Pilato. The pilgrims visiting La Scala Santa climb the stairs on their knees in order to be absolved of their sins. 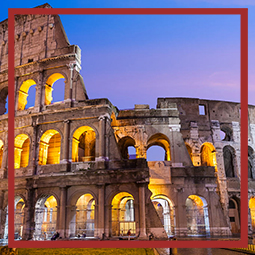 The Colosseum is certainly one of the most famous monuments in the world. Symbol of Ancient Rome, the amphitheater dates back to I century A.C. and it still stands on three rows of arches that were once covered with marble and housed precious statues. Over 50,000 people could attend the shows of gladiators and lions. In 2007 it was included among the New Seven Wonders of the World.